Have You Ever Been Persecuted For Your Faith?


It troubles me, in this world, how much we persecute each other for differences.  It is pure cowardice that says I can harass you or harm you because you are of a different race, ethnicity, political mindset, religious belief, or just plain different from me.


Being able to hide behind social media devices contributes to this.  What begins as somewhat innocent name calling, morphs into bullying, and in it's grossest form can be what starts wars.  We don't seem to have learned much from history either.  Unfortunately what we don't remember, we are doomed to repeat.


I have never been persecuted for my faith.  The worst I received was jeeringly being called "the littlest angel" by mean girls on the cheerleading squad because I hurried off after practice to get to my church youth group meetings.  Lately, however, being categorized as a "Christian" has taken on a somewhat derogatory meaning.  It means I am close-minded, not enlightened, and puritanical.


Still, I don't fear going to church on Sunday.  I can carry around my Bible in public and no one really cares.  I can wear a cross around my neck or sing off-key to Christian praise music with my car windows down and basically nothing happens.  It's a non-event. I am guilty of taking my religious freedom for granted.


Not so in other parts of the world.  I can't speak for all countries in the Middle East, but I do know of some particular events in Pakistan.  Most of the atrocities are carried out by extremists...but many turn a blind eye.  Christians make up less than 1.5% of the population in this country.  I admit I do not know what it feels like to be such a radical minority.


If you carry around a Bible in public, you can be accused of violating the "blasphemy laws" and be locked in jail and the key thrown away.  You fear going to church or any type of Christian gathering because suicide bombers have showed up and have detonated lethal amounts of explosives on themselves killing and maiming hundreds and thousands.


A beautiful young Christian couple who refused to denounce Christ as their Savior was forced into a kiln and slowly incinerated inside.  A youth who was asked if he was a Christian, dared to say, "Yes".  He was then doused with petroleum and set ablaze in broad daylight in the city streets.  The authorities did nothing.


"For whoever wants to save their life will lose it, but whoever loses their life for me will find it."  (Matthew 16:25)


Christians are employed, generally, in the lowest and most menial positions if at all.  Their children work as slaves for other wealthy families because their parents, though they try, can't support them.


If you are a Christian you live with a target on your back...


Not unlike when the Nazis painted the Star of David symbol on the houses of Jews during WWII, Islamic extremists paint the Arabic symbol for "N" or Nazarene on the fronts of houses where Christians live.

Can you imagine the fear of returning to your home to see this symbol in blood red paint on the front of your home?  I can only imagine that it must be terrifying. I ask myself...would I be willing to die for my beliefs???

Sunday, November 1st, is the International Day of Prayer for the Persecuted Church.


I invite you to pray for our brothers and sisters in Christ around the world who are persecuted and tortured because they know what it truly means to pick up their cross and follow Jesus. Will you pray with me for them?  Will you pray for an end to the persecution, the hatred, the war that has broken out because the world has failed to follow the Lord's greatest commandment of Love Others As You Love Yourself.

On Sunday, I will be wearing this traditional Pakistani dress, or kameez, with its beautiful embroidery as a symbol of standing in solidarity with persecuted Christians around the world and in Pakistan in particular.

﻿
So what can you do on this day in addition to praying?  You can let a small group of orphaned and destitute children who are growing in their relationship with Jesus and claim Him as their Savior know that Jesus, and others, have not forgotten them.  You can be a messenger of love, and light, and hope that their faith is not in vain...that God does, indeed, care.

I invite you to my "Missions" tab to see how $25 can bring Christmas to these precious and innocent believers in a world where all they see is persecution.  Because of their poverty, this will most likely be the only gift the children of Redeemer Christian School receive this Christmas.  Will you join me in letting them know that Jesus sees them and loves them? (Please send contributions by Nov. 10th).

Dear Heavenly Father, Forgive me Lord for the times that I do not love others as much as I love myself.  Be with our world that is filled with prejudice and persecution.  Where there is hate, let me be an instrument of your love.  Be with my brothers and sisters in Christ who are tortured because of their devotion to You.  Heal our hearts and heal our world.  Let me share love with the "least of these" so that they know that they are not forgotten.  Thank you, Lord, for your love and the hope that can only be found in You.  In Jesus name I pray, Amen.

Posted by Bev Rihtarchik - Walking Well With God at 2:58 AM 26 comments: 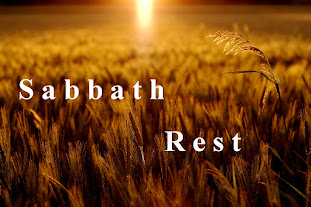