For the past two weeks I have been using the Smile Brilliant Professional Teeth Whitening System and am pleased to share my wonderful results.  Here are my "Before" and "After" photos: 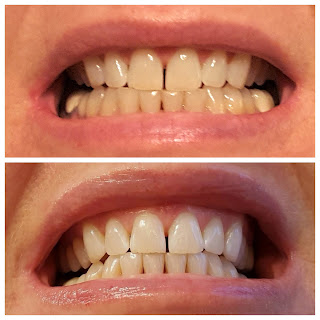 I didn't realize how much my teeth had become stained from my unkickable habit of drinking coffee.  I've tried other whitening systems in the past (with not so great success) including:1.  Whitening in the dentist's office which was good but very expensive and naturally not covered by insurance.2.  Teeth whitening strips.  These were so-so. I had trouble keeping them in place.  I couldn't talk while they were in. They weren't really effective in getting the results I wanted.3.  Over the counter trays.  These were expensive, slipped around, and again, I didn't get the results I was looking for.The beauty of the Smile Brilliant System is that it is a professional grade product - like what you would get in the dentist's office.  You make custom fitting trays that fit YOUR teeth perfectly.  They were comfortable. You couldn't even tell I had them in.  I could even talk with them in. You only need to whiten once per day for 45 min - 3 hours max. And, it's affordable!!I used the kit for sensitive teeth, but often didn't find it necessary to use the sensitivity gel.  When did I find time to whiten??  I'm fortunate that I work from home.  I could just pop them in and do my work.  If I had a day that required a lot of phone work or being away from home, I would pop them in while I was showering, fixing my hair, and doing my makeup.  My husband and I enjoy sporting events, so often my "get ready" time was my "whitening time". 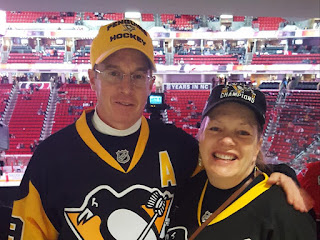 My favorite way to whiten, was on a cold, dreary, Sunday afternoon, I'd pop in the trays and treat myself to a "Nap-Whitening" combo.  Yes, they are that comfortable :)Evening t.v. watching time was also an alternative.  Positive benefit here: When I had the trays in, I couldn't eat or drink so it cut down on the after-dinner munchies...win-win!So how do I feel now that my teeth are white?  First, I was shocked at how dingy they had become. Then, I was delighted! People have always told me I have a nice smile and now I feel like I really do.  I did a series on my blog about Self Care. Self Care is not selfish and it's not a sin. It is good to take care of yourself and pamper yourself on a regular basis.  It felt good to do something nice for myself and I loved the results. Here's the Official Comparison:Comparisons of smile brilliant and other whitening methods

Also now that I have the trays, I can order whitening gel and sensitivity gel syringes any time I want to do some touch ups.  Here is the link if you didn't win, but would like a nice discount on any of the Smile Brilliant products - compliments of Walking Well With God. 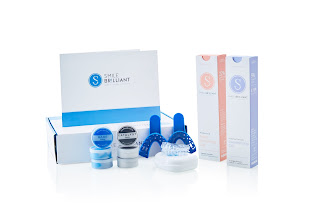 Thank you to ALL who participated....happy whitening :)
Check out my other post this week:  "Our God Is A Mighty Warrior" 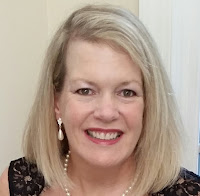 Posted by Bev Rihtarchik - Walking Well With God at April 08, 2018 No comments: 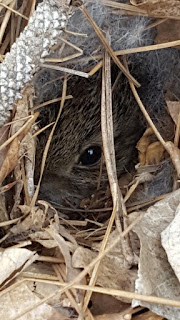 The Studio in September
Posted by Bev Rihtarchik - Walking Well With God at April 08, 2018 No comments: