A Pittsburgh Story of Love vs. Hate

I grew up in Pittsburgh, not far from where the terrible shootings took place.  Though not in that neighborhood, I grew up in a predominantly Jewish neighborhood south of the city.  My best friends were of the Jewish faith.  I've been to worship in the synagogue, have attended Hebrew school, been the guest at many a Passover Seder, and have celebrated Bar and Bat Mitzfahs as well as weddings of Jewish friends.

As a follower of Jesus, knowing Jesus' faith draws me closer to Him.  He was a Rabbi after all.  Reading the Torah, or first five books of the Bible, gives me the history of my faith.  In order to know Jesus, you need to know HIS heritage.  The prophecy of the Old Testament prophets brings rich meaning to the New Testament fulfillment.  Israel, her people and descendants, are God's chosen people.  I, as a Gentile, am grafted in by faith.

I am so tired of the heinous acts perpetrated on those of another faith.  After visiting what is left of Dachau concentration camp and seeing the appalling pictures and reading the horrible stories in the museum, I just can't believe man's inhumanity to man. Where and when will it stop?

I believe that fear drives hatred.  Fear and ignorance.  If we took the time to get to know and appreciate each other, fear would dissipate and so would the hatred.  Unfortunately, my Jewish brothers and sisters are not the only victims of religious hate crimes. 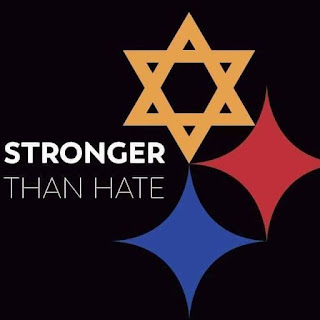 I am the President of a non-profit ministry that runs a Christian school for orphans in a Middle Eastern country whose Christian population is about 1%.  This country is considered one, if not THE most notorious for persecuting Christians.  Christians who live there are called "the unclean ones".  They are considered to be on the lowest rung of society.

Most of the Christians there are illiterate and are forced to work for slave wages and they work the most menial and labor intensive jobs (like making mud bricks).  Their children are the first to be caught up in human trafficking, abducted and sold into child prostitution, made to work as slaves, caught up in begging rings, and if starving and disillusioned - recruited for extremist militia training.

Extremists have detonated themselves in their churches and at Easter gatherings in the park.  They throw acid on young Christian women while jeering, "Unclean ones."  One young man who confessed to being a Christ follower was doused with gasoline and set ablaze in broad daylight in the city streets.  The authorities did nothing. Other Christians have been executed in cold blood or burned alive in brick kilns.

It is in their Constitution that if you say that Jesus is Lord you can be legally stoned to death.  Young Christian boys have been beaten to death by their schoolmates of another faith.  Christian men who have been overcome by fumes while cleaning city sewers are refused treatment at hospitals because they are Christians.

There is much more religious hatred than I can write about here.  I just can't wrap my mind around a heart and mind so filled with hate that they could commit such atrocities to another human being??  9/11 was a religiously motivated act of terrorism and hate.

If anyone says there is no such thing as spiritual warfare going on then they
are in denial. There is a full out battle being waged between good and evil.  There are forces of evil in this world that can only be defeated by love.  Fear fuels hatred, but perfect love casts out fear.

I can't change the whole world, but I can pray, and I can be committed to showing ALL God's children love...even my enemies. 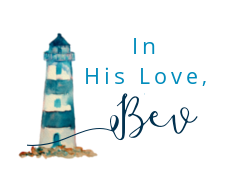 Posted by Bev Rihtarchik - Walking Well With God at October 29, 2018 No comments: