My Way or God's Way?

Next week, I'll post the third and final part in my "Do You Feel Stuck?" series.  This week, I digress to something that's been weighing heavily on my mind. Bear with me, I'll get there...

When I tell people the story of how God used a middle-aged, suburban-living, SUV-driving, surgery-sidelined woman from North Caroling to begin a Christian school for orphans and impoverished children in perhaps one of the scariest and darkest corners of the world, they look at me with a mix of wonder, curiosity, and disbelief.  How? Why? are two of the first questions I'm often asked.

After I give them the full account, they often say something like, "Wow, that must have taken a lot of trust on your part.  I don't think I could have said 'Yes' to that."

I put God through, what I call, my ABC's of Trust.

A:  I Argued with God.  I told Him, "God, I have absolutely no clue about starting a non-profit ministry, let alone one that operates in the Middle East??"  I even went so far as to tell God that He didn't have a clue about what He was doing. "God, that's the wildest idea I've heard...I know there is someone out there who is much better qualified than me!!"

I get where Moses and Jonah were coming from.  I would have wound up in the belly of the big fish for sure! 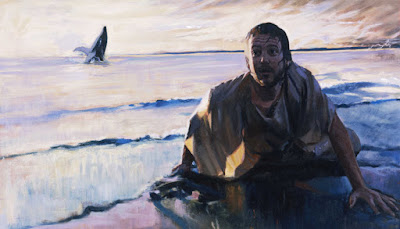 B:  I Bargained with God. "You see God, I've got this plan for my writing. Yeah, I get that it was YOUR idea to start writing again, but I've got this great blog and book idea and I think I'm headed in the right direction.  This idea of yours is just going to mess it up.  I'll tell you what, I'll give you my time in some other ministry (Your choice) if you just let me pursue the writing thing."

C:  I Came around to God's way of thinking.  But first I had to do a lot of wiggling, squirming, and side-stepping.  I gave God my very best persuasive speech on "Why Not Me."  It didn't work.  I came to that critical fork in the road where my fear intersected with my faith and I had to decide if I really trusted God?  I had to decide if I was going to let go of the "known" to pursue the "unknown."

The ONLY thing I knew, for sure, was WHO I'd be traveling with.

I wish I could say that I jumped up and said with conviction, "Here I am, Lord, send me."

You've heard the old saying, "A bird in the hand is worth two in the bush."  Well, I don't think that saying is very Biblical.  What God was asking me to do was to let go of the one secure, known entity that I held in my hand - my comfort zone, my skill set, my "I've got this" certainty, my smart yet safe plan...my one bird.

Furthermore, He was asking me to take a risk that there was going to be "two birds in the bush."  I couldn't see two birds. I may have to stand there empty-handed for a long time.  I would have to have the very essence of faith - trust in what I could not see.

Let me just say that it was a super-duper leap of faith.  But, boy did God blow my socks off.  What He made happen was beyond anything I could have possibly dreamed or imagined.  What has been transpiring over the past seven years is something that only God could have scripted.  Redeemer Christian Foundation ministry is TOTALLY a God-story. 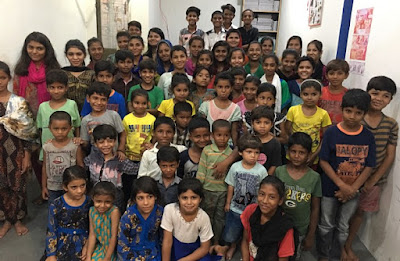 I learned that God is not some sort of cosmic killjoy, but just the opposite.  He wants us to have life and have it abundantly.  But first...it takes faith.

Fast forward seven years until today.  I'm wrestling with something, yet again, that I have been wanting to do MY way instead of accepting GOD'S way.  Isn't it prideful, but sometimes I think I know better than God?!  Yes, there, I said it.

For over two years I have been estranged from both of my adult children.  To say that this grieves me is a gross understatement.  I have cried an ocean's worth of tears and lost many a night's sleep over this.  I've talked to a counselor, pastor, mentor, and friends to gain insight and advice.  I have literally gone, not to my knees, but prostrate on the ground before God in prayer.

I've asked God to examine my heart and if there is anything in me that needs addressing, to make it known.  I've been ruthless with myself.

I've Argued. I've Bargained. I've tried to manage, orchestrate, and even manipulate circumstances to bring about a reconciliation and I can't effect a change.  When my children were little and they were being selfish or head strong or disobedient, I could pick them up and put them either where they needed to be or put them in time out.  I can't do that anymore.

I set boundaries; I asked forgiveness for my part; I reassured them of my love; yet nothing I've done has moved the meter.  I think it's time to Come around to God's way of thinking.

When the disciples dropped their fishing nets right where they stood and took off to follow Jesus, the Bible says they LEFT EVERYTHING BEHIND and
followed Him. 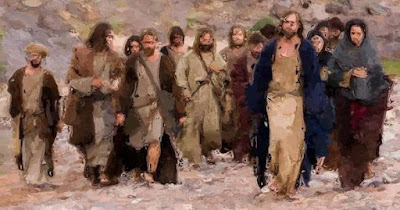 After they had brought their boats to land, they left everything and followed Him [becoming His disciples, believing and trusting in Him and following His example]. (Luke 5:11)

They left their hometown, their livelihood, their income, their possessions, their security, their safety, their well laid plans for retirement, their families; they even left their children.

Sometimes trusting God makes us let go of everything we hold near and dear with no certain guarantee other than God's goodness and faithfulness.

Do I trust God enough to let go of my kids?  Do I trust that God can move even if I'm not in the mix?  Does He need me out of the way in order to move?  Am I smarter than God?  Am I going to do it MY way or God's way?

That's the question I've been wrestling with.  I've tried everything I've known to try and God is asking, "Bev, do you trust Me? Do you trust me enough to completely let go?"

What about you?  Have you ever come to this...or another fork in the road where you had to go with blind trust?  What fears hold you back?  What proof propels you forward?  What is your trust struggle?  Will you share?

ps.  If you like what you've read here today, would you consider SUBSCRIBING so that you don't miss a weekly post (and nothing else).  Go to the SUBSCRIBE tab above, enter your contact information and then BE SURE TO LOOK FOR AN EMAIL WITH A CONFIRMATION LINK TO CLICK ON.  This will confirm your subscription.  Thanks for reading...
Posted by Bev Rihtarchik - Walking Well With God at March 02, 2020 No comments: